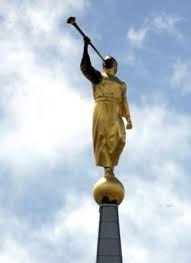 Kenneth Lowe Woodward was born in Franklin, Idaho on August 28, 1923,  and passed away December 24, 2021, at the age of 98 years old. He was preceded in death by his wife of 61 years, Corene, in 2006 and his youngest daughter Wendy, in 2017. He is survived by four children, Susan McClintock of Carmichael, California, Kristy Bos of Herriman, Utah, Carol Westover of Sacramento, California, and Kevin Woodward of Colorado Springs, Colorado. He also leaves 15 grandchildren and 30 great-grandchildren.

He served three years in the United States army during World War II including time in the Asiatic-Pacific Theatre with the 29th Engineering Battalion as an Aerial Photographer.  Upon his discharge from the army in 1946 he was awarded the Army Soldier Medal.

Following  graduation from Utah State University in 1947, he brought his young family to Sacramento and was employed by the State of California where, during 39 years of State employment, he worked with the Department of Water Resources, the California Water Resources Control Board and as a governing board member of the California-Nevada Tahoe Regional Planning Agency. Following retirement from State service, he engaged in a private civil engineering practice for 14 years.  He was a life-long member of The Church of Jesus Christ of Latter-day Saints, during which he served in numerous leadership positions including bishop and stake president and served two church service missions in the management of its agricultural holdings in California and Nevada.